Home Is Where the Cheese Is 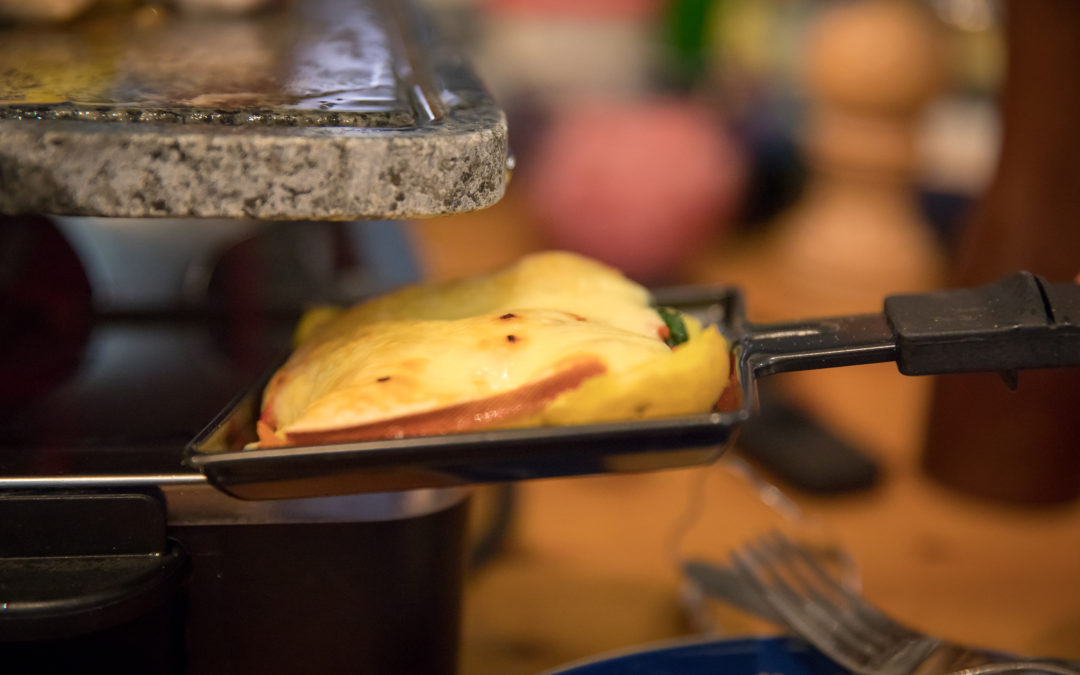 On Saturday nights when I was growing up, we often ate raclette, a melted-cheese-and-boiled-potato dish that’s a specialty of Switzerland and the Savoy region of France. Cheese—melted or otherwise—was (and still is) alien to most Indian palates, but my parents acquired a taste for raclette when they emigrated from India to Geneva, Switzerland, in the early 1960s, and the dish quickly became a mainstay of our winter dinners. 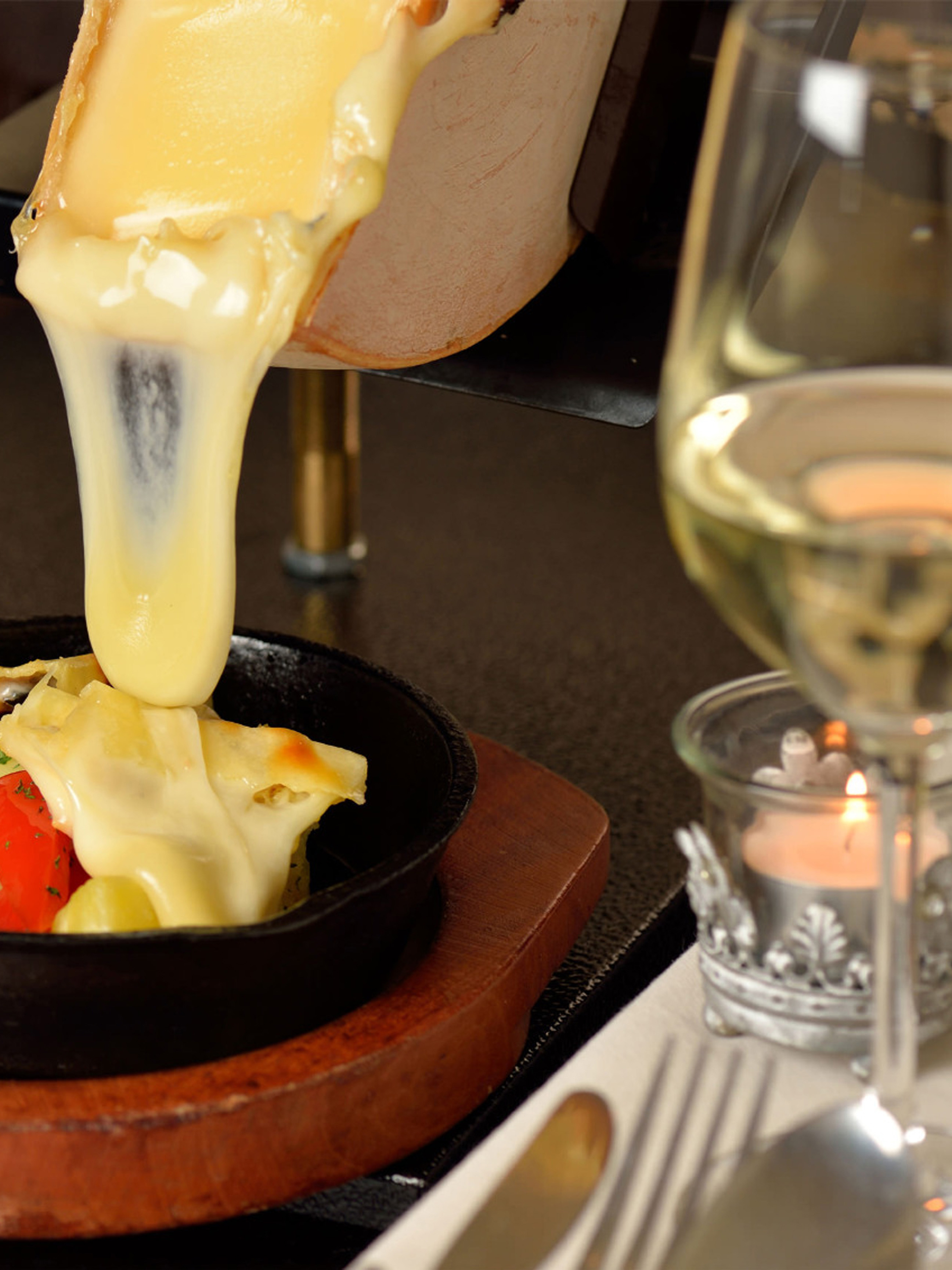 They say the practice of melting cheese onto potatoes and cornichons belongs to the shepherds and cowherds of Switzerland’s Valais region, who needed an easy—and cozy—meal to nourish themselves. Today, the closest one can get to that fireside meal is in the cafes and restaurants of Switzerland’s Alpine towns, where experts heat a chunky, half-wheel of raclette cheese and deftly scrape gooey portions off it onto plates. My parents had a grill machine with individual trays on which to melt pre-sliced raclette cheese.

Regardless of how it’s made, though, raclette is the ideal meal for cold winter nights—a meal that creates a cozy, intimate atmosphere, that makes one feel warm and safe.

“Remember,” my mother liked to say when we gathered around the dinner table, “that no matter where you go in your life or what happens to you, you will always have a home to come back to.”

Perhaps she said this because she sensed in us a certain malaise—a discomfort that heightened as we reached adolescence and became more conscious of being foreigners, people who looked different and came with a different cultural baggage from those we lived among. We felt comforted by her words, her gentle tone, the light clink of the two slim gold bangles she wore on her right wrist as she scraped melted raclette  onto her plate. There was something soothing about being together around the dinner table, about the melted raclette cheese and potatoes—each warm bite like a soft pillow.

Ours was a tenuous belonging in Geneva. When they arrived, my parents set one tentative foot into their lives there, but they always kept the other one out, pointed firmly in the direction of the place they’d come from. As first-generation immigrants, they would keep their heads down, not attract too much attention to themselves, yet make sure their children got the best out of being where they were: A good education. Fluency in French. Proficiency in music.  At the same time, they would raise us with the stories, the songs, the foods of India. I think my parents always thought they would go back there—and by extension, so did we.

I grew up visiting India every two years. There, my brother and I basked in the love of our extended family, we savored the foods cooked in my grandmother’s kitchen and the sounds, smells—good and bad—and colors of our parents’ homeland. But there was never enough time and, after each visit, I would leave India disappointed because I had not found everything I was hoping to find. Try as I might, I could not capture all the promises that I tasted in my mother’s foods, that I heard in my father’s songs. 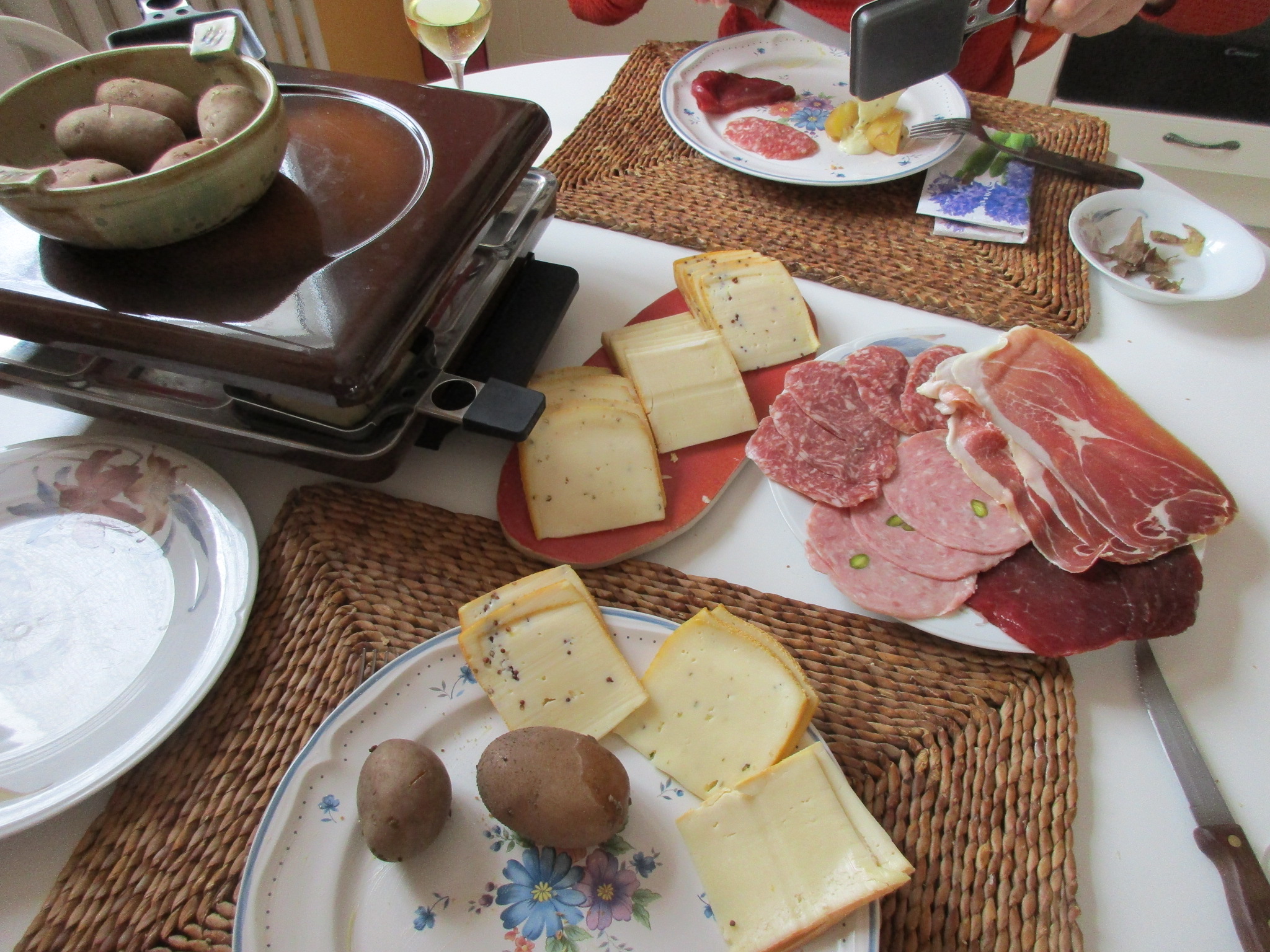 In 2006, I accompanied my husband to India for his doctoral research, burning with anticipation that in the two years we’d spend there, I would finally find what I had been looking for my entire life. But as the days and months went by, and it continued to elude me, I began to wonder whether what I was looking for really existed at all. Was it just something esoteric, something imagined as opposed to real? Did I really belong in India the way I thought I would, the way I hoped I would?

Increasingly, I felt the importance to my identity of where I’d grown up. In India, it was the French songs of my childhood, not the Bollywood numbers that played incessantly and all around me, that came readily to my lips. When trying to bargain at the vegetable market, French eclipsed Hindi. I ate curry everyday, but I longed for fresh salads, I yearned for thick slices of mozzarella and leaves of fresh basil, I craved the crunch of a crisp baguette. And then I craved raclette.

One of the first things I did when we returned to the U.S. was to buy a raclette set just like the one my parents had—a grill with six little trays in which to melt the raclette cheese (which by then had become readily available—Trader Joe’s carries it during the winter holiday season and Wegmans stocks it year-round) and six little spatulas to scrape it off . My husband and children quickly fell in love with raclette, and over the years I introduced several friends to the dish—friends who have become like my family. They love raclette for the cheese, whose flavor is further enhanced by the sharpness of the pickled pearl onions and cornichons with which it is served. They love the meal for its convivial nature, for the intimacy it fosters.

My parents never returned to India and they no longer eat raclette. In their old age, they find the cheese heavy, too difficult to digest. But where I now live, every raclette meal is a memory of them and of the apartment I grew up in, that they still live in. Knowing that in all likelihood, I will never live in that apartment again, every mouthful means something I cannot express in words, but that leaves me eternally grateful for the sacrifice my parents made in leaving their country and their people to create a home for us in a new land.

Savita Iyer is the senior editor of the Penn Stater magazine. She lives in State College with her family.