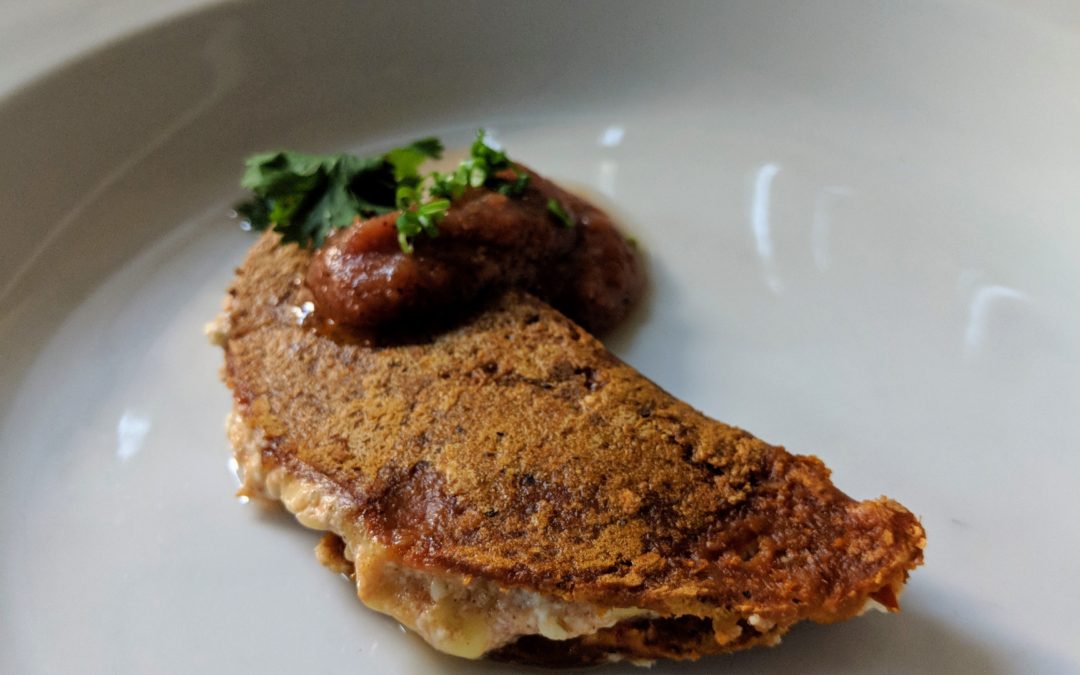 On a Friday night in May, my husband and I headed downtown for a pop-up dinner by a chef who rose to fame via a taco truck. Friends, this was not in Los Angeles, or even Miami. This was in State College, Pennsylvania.

You may know Ben Stanley from El Gringo Taco Truck, a mainstay at central Pennsylvania farmers markets since 2012. You may not know that this same chef has studied with Rick Bayless, famed master of traditional-with-a-twist Mexican food, and René Redzepi, the current gastro-crush of foodies worldwide, among others. While we huddle in our Pennsylvania homes each winter, Stanley takes off, exploring the world. A recent trip to India inspired new spice creations, and frequent trips to Mexico City bring him back to his grandmother’s kitchen, which is exactly where he’s taking local diners.

La Piña, Stanley’s pop up, means “pineapple” in Spanish. It’s a nod, as is much of the food coming out of the tiny kitchen and into the 13-seat dining area at Kitchen Incb., to his Mexican grandmother. 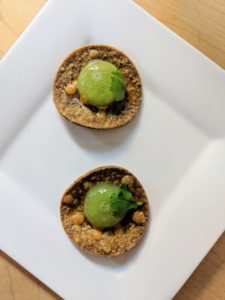 “Her name was Josephina,” he says, “but everybody called her Pina. The whole reason I cook Mexican food is because of her. She was really just a force of nature — everyone who met her loved her, and she was such a spectacular person and a really gracious host. To me, Mexican food is comfort food.”

Our meal started with what Stanley and his sous chef, Jacob Andersen, the former sous chef at Revival Kitchen in Reedsville, called a “welcome bite.” Stanley’s description — “This is a spherical tomatillo salsa on a black bean tortilla with cilantro and hot sauce” — promised familiar flavors at heightened levels. It’s what the whole meal would entail. 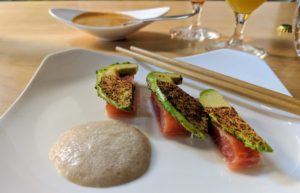 Perhaps my favorite dish of the night was the soup, a celeriac broth that was ceremoniously poured over potatoes, house-smoked bacon, watermelon radishes and caramelized onions. Black garlic chia chips — again, house-made — added the perfect crunch and depth when crackled over the bowl. 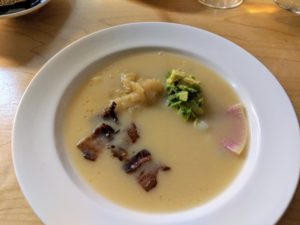 Then, we paused, sipping an intermezzo comprising a shot of pineapple orange juice (freshly squeezed, if you please) topped with a drop or two of mint oil. It’s here that Stanley invoked his grandmother’s memory, one concentrated through his travels. 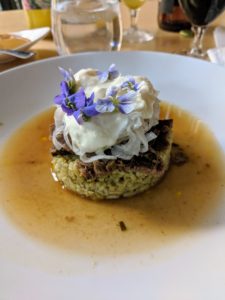 And onward we traveled, to a main entree stacked with flavor. From the bottom, green herbed rice, topped with braised grass-fed beef from Stone Meadow Farm layered with pickled onions and drizzled with raw-milk crema — made by Stanley with milk also from Stone Meadow — surrounded by a gorgeous broth and drops of dandelion oil. It’s a dish I’d enjoy eating many times again, composed as it was of differing textures and perfectly paired flavors.

But Stanley doesn’t do repeats. Since our visit, Stanley and his crew have put on a few more pop-up dinners, each a little different and, says Stanley, better than the last.

“It’s a slightly different menu each time, and it will keep changing. This idea plays into who I am. Most restaurants have the same menu forever, or if they change it they change it every three months. I can’t cook the same thing for that long — it drives me insane. So this format works with me, getting the local produce and then having to change the menu. I’m constantly letting things go.” 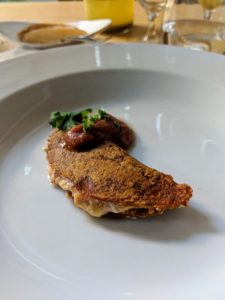 And still, our meal wasn’t done. While we pushed our forks and uncovered new flavors with each bite, Stanley heated up two saute pans and fastened his tortilla roller to the counter. As we finished the main course, he folded made-to-order red chile tortillas into quesadillas with local cheese and roasted tomato salsa. “Enchiladas potosina,” explained Stanley. “‘Enchilada’ just means ‘in chile,’ so in this case the chile is in the tortilla. I learned to make this when I was working at a little shop in San Luis PotosÍ. It’s a really standard dish from that city.”

But for us, it was a rare treat, and not least because it was literally made before our eyes. This was the spiciest dish of the night, and we were ready for it.

Feeling all but stuffed, we received Stanley’s dessert: a coconut tamal with rhubarb orange honey sauce and an amaretto cherry, all topped with shaved Guittard chocolate leftover from Stanley’s working weekend at the Kentucky Derby just a few days before. From our perch at the counter, we witnessed a whipped cream explosion, but the dish doesn’t miss it, and we feel all the more charmed to be next to the action. 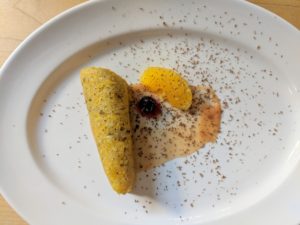 Finally, Stanley gave us one more gift: strawberry orange jellies in the shape of skulls and crossbones. Dusted with chipotle and cocoa powder, Stanley named them “The End.”

Future pop-ups are planned for June 8, 9 (lunch), 23 and 24 as well as more dates later in the summer. Email lapina.popup@gmail.com to make reservations and get on the mailing list for updates.