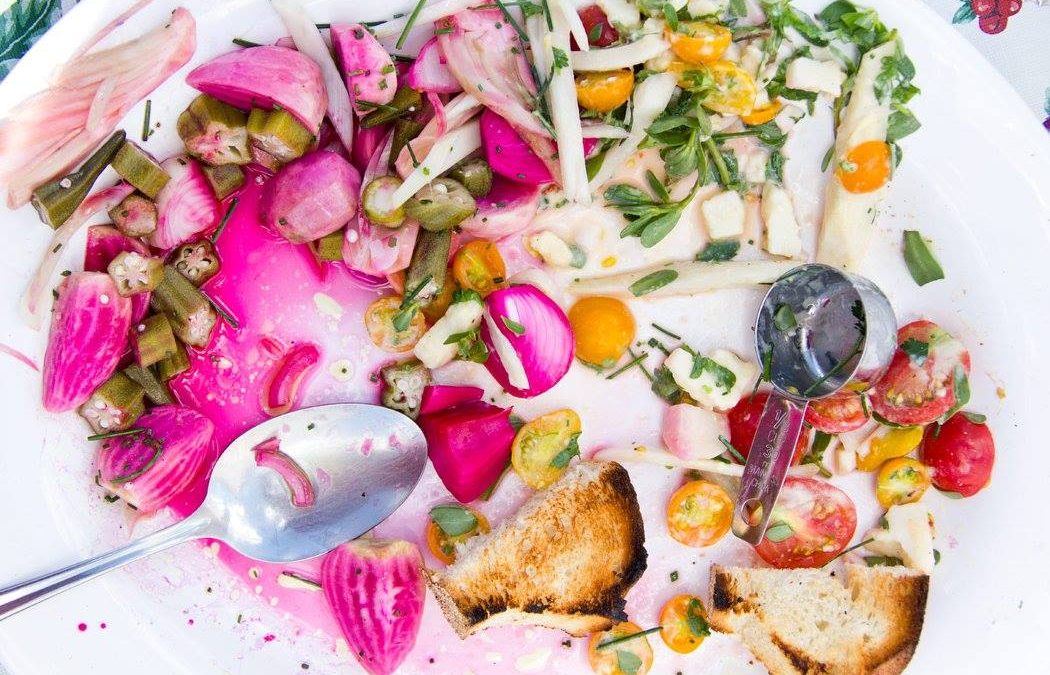 Three years ago, I was served one of the best farm-fresh meals of my life. Beet-cured salmon, summertime cassoulet, chicken under a brick, carrots cooked to perfection, a whole roasted suckling pig, apple cider doughnut bread pudding — the dishes on this menu were the one-off masterpieces of some of the area’s best chefs created with the bounty of central Pennsylvania as made available by farmers and producers at the Boalsburg Farmers Market. For six years, the year-round farmers market hosted the culinary competition, both to engage market regulars and showcase the truly myriad ways the local bounty can be used. Then-editor of State College Magazine and a known foodie, I was asked to serve as judge. Nothing would stop me from performing this vital duty. 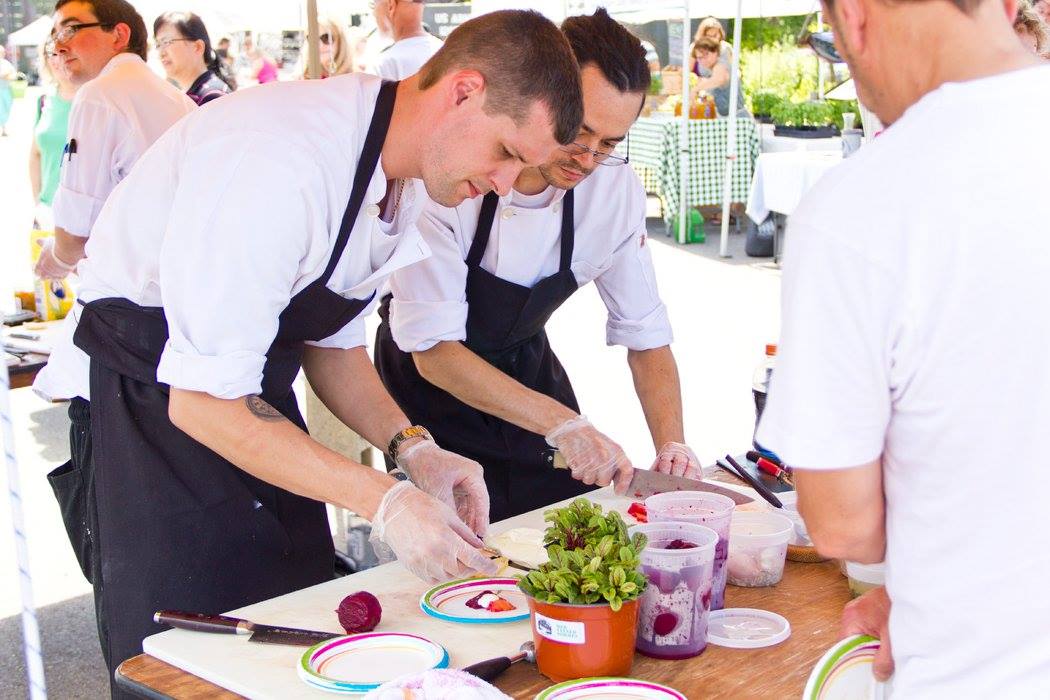 The competition waned in subsequent years, mostly due to limited resources, and each year my heart sank as I heard the news that the Golden Basket was not to be. So it was with great delight that I accepted a judging position for this year’s revival of the Golden Basket cooking competition.

Travis Lesser, executive director of local food hub Appalachian Food Works and the lead organizer of this year’s effort, is looking forward to showcasing local foods and markets through his expanded version of the event. Each of the Centre County farmers markets will host a qualifying competition during normal market hours in the week leading up to the finals on Saturday, Aug. 3 in downtown State College. (Indeed, last Saturday’s event at the North Atherton Farmers Market has already taken place; Brazilian Munchies’ Flavia Barger walked away with a spot in the finals.) 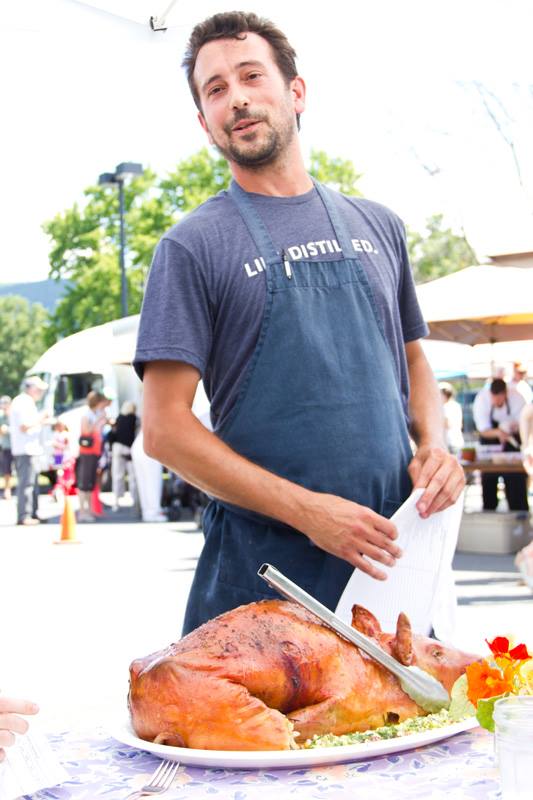 Chef Mark Johnson, a judge at this year’s finals, served a whole suckling pig at the 2016 competition.

It means we get that many more opportunities to see what piques the interest of local chefs shopping at the markets (each participant gets $100 to spend on ingredients) and to taste the fruits of their labors. On Tuesday at the Boalsburg Farmers Market, the historic home of the Golden Basket competition, chefs Daniel “Cutty” Cutshall of Elk Creek Cafe + Ale Works, Shane Orndorf of Shy Bear Brewing Co. and Paul Herceg of the American Ale House & Grill will compete for a spot in the finals.

Orndorf, a Bellefonte native who recently returned to the area after working his way up in the Pittsburgh culinary scene, including at the much-lauded Superior Motors in Braddock, is excited to get into the ring with other central Pennsylvania chefs.

“It’s fun for me knowing that the people I’m competing against are pretty much my direct competition every day,” he says. “Plus, we want to get our name out so that people recognize there’s more going on in (Lewistown) than meets the eye.”

Orndorf shopped for his ingredients last Tuesday, at the same market he’ll be cooking at and one that he frequents as part of his weekly chef shopping. Keeping with his “out of the box” attitude, Orndorf will prepare a dessert made with local stone fruit, sourdough bread, honey and other Pa. treats.

“I want to be able to show people that food’s not dead here,” he says. 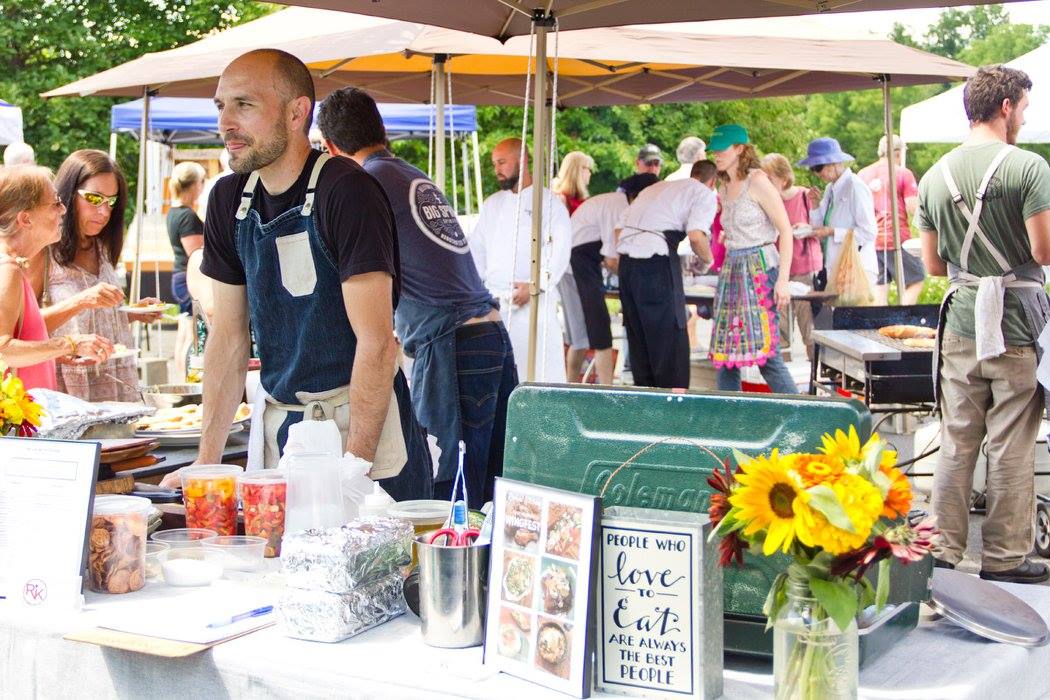