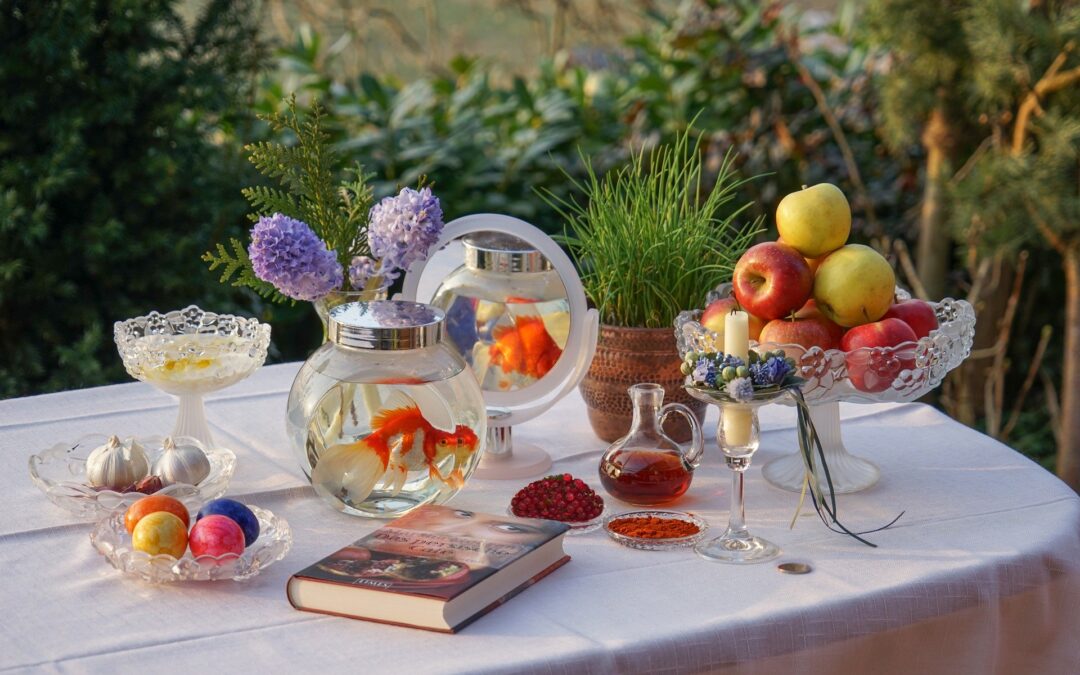 When I proposed writing a piece on the Persian New Year, which coincides with the spring equinox and which we celebrate every year in homage to my husband’s Iranian ancestry, I was excited. We have been renovating our house — the work is still ongoing and many things are not in their rightful place, but I had made a mental note of where I’d stored the bag containing the silver bowls and plates in which I would display on the traditional Nowruz (as the new year is called) table the requisite items that begin with the Persian letter “S” and are symbolic of spring.

That was a little over a week ago. Since then, the world has changed exponentially and Centre County has changed with it. My son returned from a spring break trip, traveling on three planes and transiting through that many airports. We have all isolated ourselves My husband and I are working from home, and we are worried about our elderly parents who live overseas. Any plans for celebrating Nowruz 1399 have fallen by the wayside, as has the advent of the new year itself — for my family, but more so for the many Iranians living here and elsewhere in the U.S. whose families are in Iran, a nation still at the epicenter of the Coronavirus. And in Iran itself, this new year is likely to come and go as no new year before it has ever come and gone.

This I learn from Ava Izadpanah, a young woman who teaches Persian cooking and offers culinary tours in the Iranian city of Shiraz, and whose Instagram account, @persianculinarytours, I devour for its gorgeous photos of the freshness and flavors of the foods of Iran: Cauliflowers and eggplants in the pink of health. Fat, juicy olives. Bunches of glowing greens. Crispy rice laced with saffron and studded with ruby-red pomegranates. Succulent Jujeh kababs. Bowls of golden pudding decorated with pistachios and purple flower petals.

A post shared by CookingClass|CulinaryTour (@persianculinarytours) on Mar 17, 2020 at 2:50pm PDT

“I have never seen Shiraz like this,” Ava tells me via Instagram of the city of grapes and gardens, flowers and fruit trees — a city celebrated for its beauty in Persian poetry and literature. “Each year at this time, the streets are packed with people buying flowers, there are vendors, music is playing everywhere. Now, the streets are empty. If you see people, they’re wearing masks and gloves and they’re running.”

That is the sad reality for what is arguably the most important day on the Iranian calendar, a custom that dates back to pre-Islamic times when much of Persia practiced Zoroastrianism, the religion still practiced by my in-laws, whose parents emigrated from Iran to India in the early part of the 20th century. When I got married, my mother-in-law asked that I celebrate Nowruz so my children would know their heritage and I have done so every single year since the birth of my first child 19 years ago. Every Iranian family’s table is different, but my silver bowls have held, among others, coins for prosperity; garlic for good health; an apple or two for beauty. 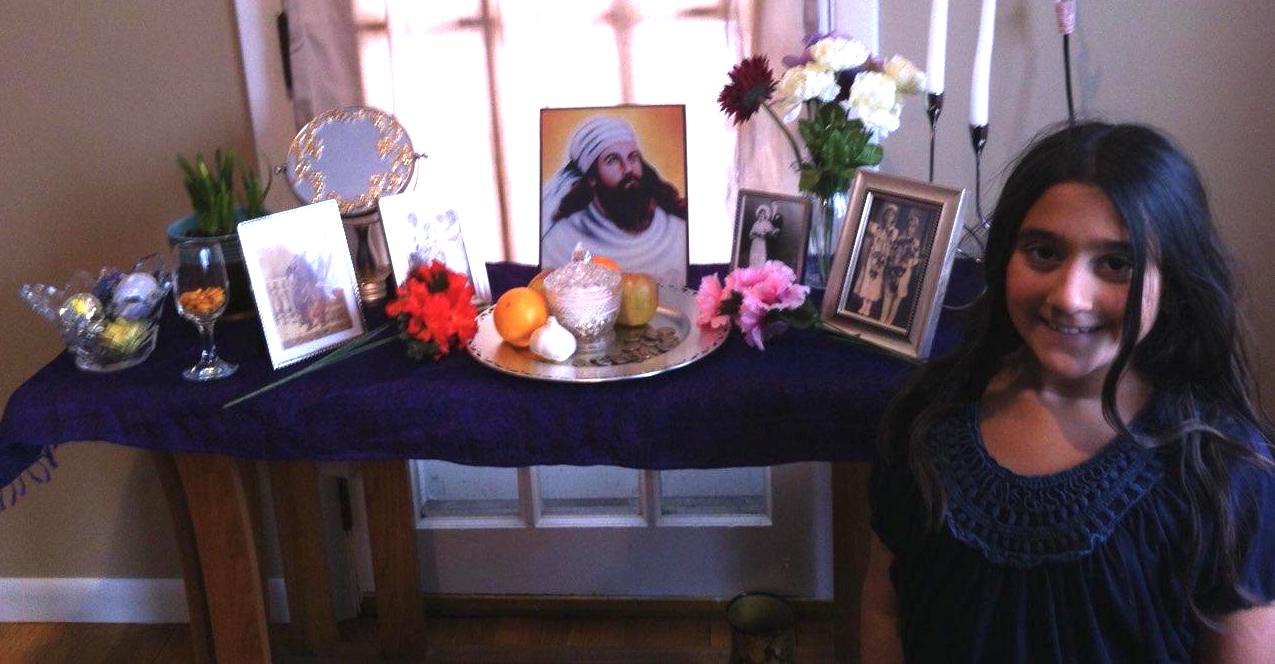 The author’s daughter with her Norwuz table in 2013.

On my tables I have always placed a hyacinth in bloom, a new green plant, a bottle of rosewater — which is said to have great cleansing powers — and a mirror for introspection. I like to put out the photos of my husband’s parents, his favorite uncle and aunt, his grandparents’ on their wedding day in Tehran. When my daughter was five, she began pitching in, including a photo of her brother, Sasha (since his name starts with S), a bowl of glitter eggs (symbolic, again, of new life beginning) and another filled with goldfish crackers (we have tried keeping the de rigeur real ones but none have lived to see the actual new year happen). We’ve almost always had more than seven objects, but that’s what made our table ours.

At this time in years past, I would have our Indo-Iranian dinner menu planned: A chicken Dhansak, the iconic lentil-and-meat stew that is a staple for the Zoroastrian community in India. Rice laced with dill and garnished with pomegranates, caramelized onions and pistachios. A fish curry. My mother-in-law’s beef kababs, served with a minty yogurt chutney. I would be happily preparing Epicurious’s Persian Love Cake, a pillow-soft confectionary infused with the delicate flavors of cardamom, saffron and rosewater. In the past, my husband’s cousin has come up from Maryland with her dogs, bearing Styrofoam containers of juicy kababs, his favorite Ghormeh Sabzi, a herb stew, and a large bottle of her homemade vodka with cherries — a recipe handed down from her Iranian grandmother. We would be popping the booze-engorged cherries for days afterwards. 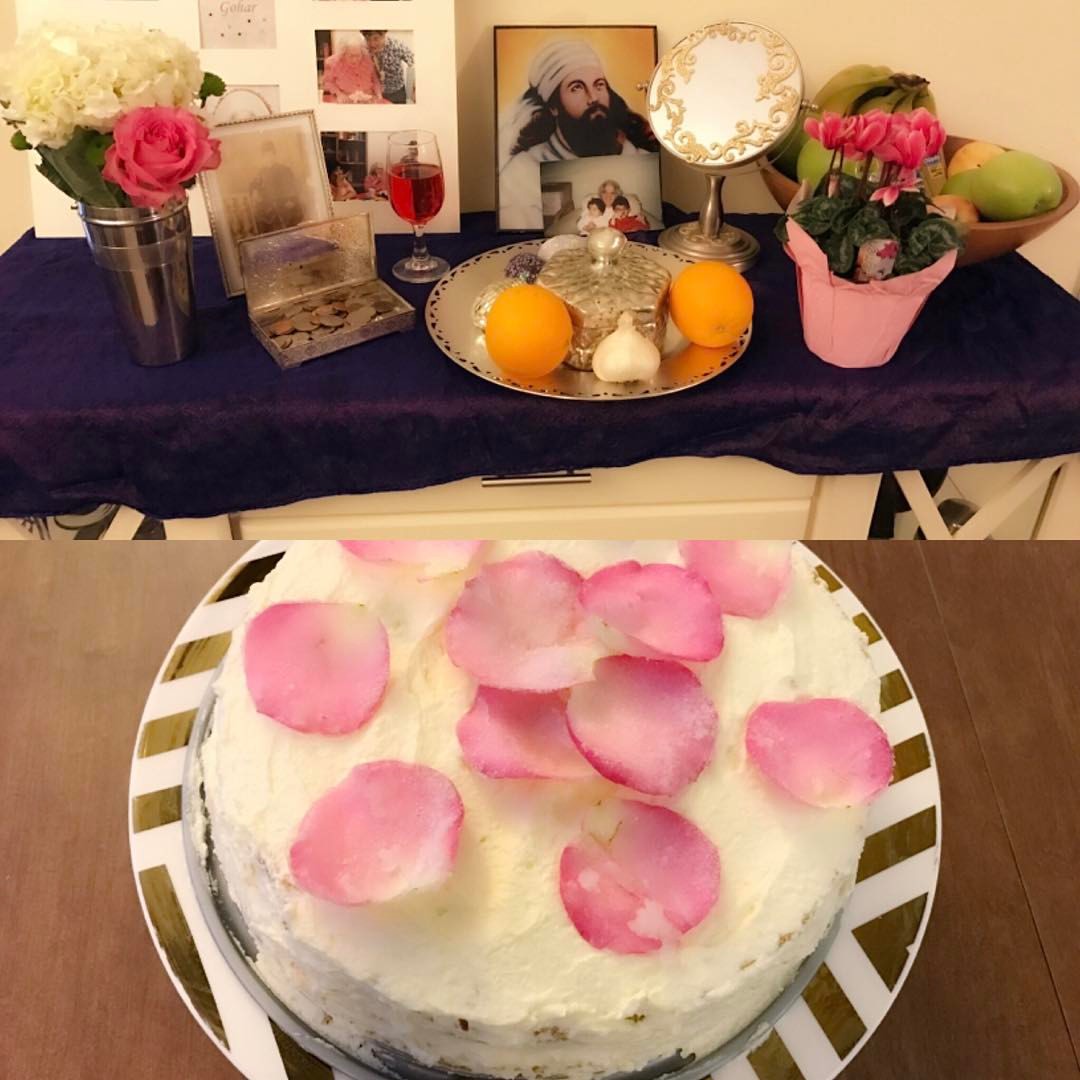 The author’s table and Persian Love Cake in 2017.

This year, I have not done anything and I am not sure that I will. My heart and mind, like the hearts and minds like everyone everywhere, are somewhere else. Ava, my new friend in Iran, is not sure what will happen there, if anything at all. But then she sends me photos of the flowers blooming in her garden — red, purple, yellow. Spring is coming, she says, nature is unchanged, and that’s what Nowruz is about. She is right: Outside my kitchen window, the first of the perennials in my flowerbed have made their timid appearance. The natural world is the only place where things feel normal. It offers some hope that this shall indeed pass, and invites me to at least consider baking my children’s favorite Persian Love Cake.

Savita Iyer is the senior editor of the Penn Stater magazine.